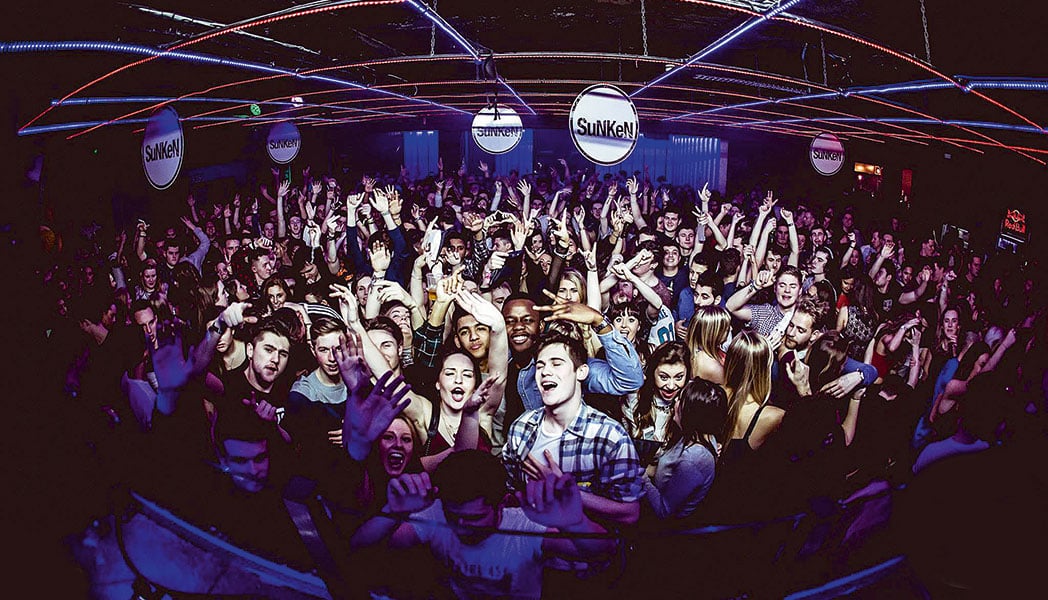 Sheffield, which is home to some of the biggest names in British music history, knows what it’s doing when it comes to hosting some of the best nights out in the country! You can be sure that wherever you go in Sheffield you’ll find an exciting place to spend your evening. We’ve put together a list of some our favourite Nightclubs in Sheffield for you to enjoy

Popworld Sheffield, known for being the birthplace of music from the 1980s, 1990s, and 2000s, is no exception when it comes to having a great night out. With its amazing drink rates, there’s never a bad moment to walk in with your pals, have a few drinks and dance on the light-up dancefloor to some of your favorite tunes. Plus, it opens earlier than most other nightclubs and stays open into the early hours – perfect for students!

CODE Sheffield is one of the city’s largest student-oriented nightclubs. It is a terrific facility that stages some of the craziest party nights every day of the week! With four bars and two spacious rooms for you to dance the night away in, it’s no surprise that this bar has been chosen “Best Sheffield Nightclub” three years in a row! The constant CO2 cannons, laser lights, and its enormous music system makes sure you have a fantastic night out at this hotspot!

Corporation is a renowned hotspot in Sheffield that showcases some of the biggest rock and indie bands in history. This nightclub has been around since 1997 and is renowned as one of the top 3 live band venues and alternative music nightclubs in the UK! Having been voted into the top 3 Rock Clubs in the UK by Kerrang and having won Best Club Night in the UK, it is not a nightclub to miss out on!

On a big night out in Sheffield, travel to Tank for an amazing dance & techno experience in a one-of-a-kind venue! This nightclub’s unassuming entryway resembles the entrance to a New York subway station, yet down the stairs you’ll find one of the most vibrant party venues in Sheffield! This club’s weekend party nights often include major names in music, ranging from enormously popular to alternative and underground artists! If you’re ready to party all night, Tank Sheffield is the place to go!

If you’re looking for a fun night out on any day of the week, Crystal Bar should be on your list! This premier nightclub in Sheffield is known for its exciting event nights and is housed in an old 19th century scissor mill! You can spend the night on the main dance floor, or explore the other 4 rooms on offer! Only the greatest dance, chart, and R&B songs will be played here!

With its huge student population and thriving underground music scene, you can be certain that no matter where you go in Sheffield, you’ll find a lively place to spend your night!

No comments to show.